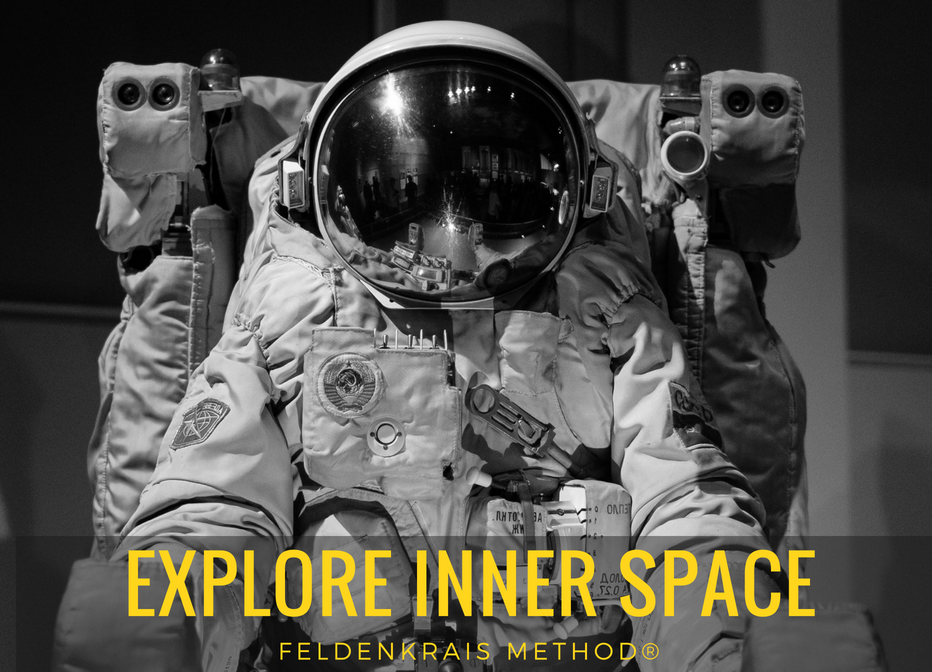 If you are like me, you probably admire authenticity in others. I know when others are comfortable in their own skin, then it has a flow on effect. I’m sure we all like those moments when can just be ourselves and are comfortable with who we are.

Socrates is credited for saying “…the unexamined life is not worth living”.  Is this going too far? We all know the risks of too much navel-gazing, particularly after a big session of self-pity, when our focus becomes too internal for too long.

It can be easy to resist self-reflection and live a more outward-looking life. Being caught up in the whirl-wind of life can mean we don’t have to do the hard work that comes from looking after our inner life.

To be comfortable in our own skin we need to understand who we are and at-least partially accept ourselves. Knowing ourselves requires a willingness to look within, at least for a time.

Moshe Feldenkrais said “…when you know what you are doing, you can do what you want…”

It’s heartening to think that self-observation is for a purpose; to move forward in life. Eb and flow is a natural part of life and our own growth.  Inner- learning, can feel like standing still, but is often followed by positive momentum, a successful adaption of the way we move through life, our beliefs, values. This period of self-observation and reflection can change our perception, which changes your actions and reactions in the world.

There are so many paths of observation and reflection, and one size does not fit all. Spending time in nature, journalling, doing yoga are only some of the ways people look after their inner lives. In our sensitive moments, or when life or loved ones comes hurtling towards us we realise something needs to change. It’s not easy sometimes. I’ve had periods where I’ve been become stuck and frustrated, which was reflected in movement patterns and habits held in my Mindbody.  Finding someone that can guide you can be helpful. For instance, I worked with a wellbeing coach recently and found it was useful for moving forward by clarifying changes I needed to make.

Have you heard of Howard Gardner’s theory of Multiple Intelligences? If not, look it up, there are 8. Not just linguistic and logical-mathematical intelligence that is most highly regarded in traditional education. The one I am most interested in is Bodily-kinesthetic intelligence. People who have this intelligence according to Gardener:

...use the body effectively, like a dancer or a surgeon. They have a keen sense of body awareness. They like movement, making things, touching. They communicate well through body language and being taught through physical activity, hands-on learning, acting out or role-playing (www.tecweb.org)

Somewhere between 5-15% people are kinesthetic learners. As a teacher in a mainstream school I know that these learners can lose out in education. We often tend not teach in a kinesthetic style but emphasise visual and oral learning. Many subjects that are hands-on also tend to be more under-valued in schooling and society. Sometimes you hear “He’s good with his hands” implying that he’s not so bright and needs to take up an apprenticeship rather than stay in school.

I have tended to work with people with bodily-kinesthetic intelligence. I score quite high on kinaesthetic intelligence myself (although we never have just one form of intelligence). Through working with dancers at college for many years I have seen bodily intelligence at work. Chances are if you are reading this you are a dancer or were, or you have developed body awareness from doing physical activity of some sort. You love how your body feels when you take a yoga class, play sport or do salsa dancing. You also have probably recognised the link between your overall Mindbody health and the physical activity you do.

This could describe a big majority of the population. But being “body smart” means that you have a need to feed your Mindbody with new experiences, difference forms of movement or exercise classes. Movement is the way you navigate and make sense of the world and get enjoyment. You get bored easily when physical activity is too repetitive, and you are often searching out something new.

I think there is also a risk that “body smart” people don’t question the way that they do things. They have body confidence. At school they were the ones that were picked early for sports teams, they were coordinated and picked up physically-based tasks easily. But many, myself included have some physical habits that can be improved. Body confidence teamed with a no pain, no gain, push-on-through mentality can also lead to chronic injury and pain.

I want to celebrate people with bodily/kinesthetic intelligence. These are the people that entertain us in sports, and the Arts. They are also the people that create the structures we live in and grow the food we eat. I think it’s time that we recognise those with body-smarts, but not just the pro-tennis players but those that keep this world ticking over. Also, they are probably not the politicians making a mess of our world.